The charismatic actor brings memories of Mexico and a nose for authenticity to his performance as Félix Gallardo.

December Picks: The Movies and TV Shows You Can't Miss
a list of 18 images
updated 2 months ago
Create a list »

Search for "Cats" on Amazon.com

What We Know About 'Cats' 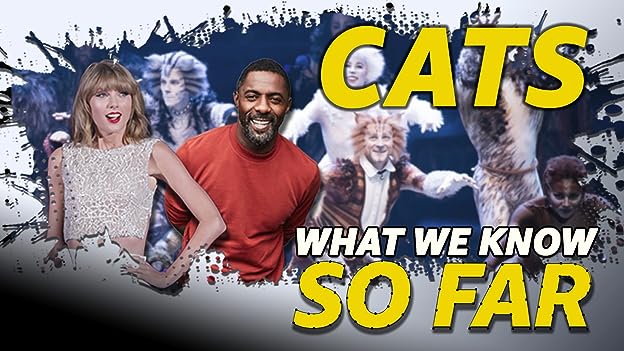 We aren't fond of saying things "broke the internet." But the first trailer for Cats certainly altered digital communication and minds upon release. Here's what we know about the holiday feline extravaganza so far.

Anna, Elsa, Kristoff, Olaf and Sven leave Arendelle to travel to an ancient, autumn-bound forest of an enchanted land. They set out to find the origin of Elsa's powers in order to save their kingdom.

A physician who can talk to animals embarks on an adventure to find a legendary island with a young apprentice and a crew of strange pets.

A kind-hearted street urchin and a power-hungry Grand Vizier vie for a magic lamp that has the power to make their deepest wishes come true.

Maleficent and her goddaughter Aurora begin to question the complex family ties that bind them as they are pulled in different directions by impending nuptials, unexpected allies and dark new forces at play.

After the murder of his father, a young lion prince flees his kingdom only to learn the true meaning of responsibility and bravery.

When the world's best spy is turned into a pigeon, he must rely on his nerdy tech officer to save the world.

A woman leaves an Austrian convent to become a governess to the children of a Naval officer widower.

A 12-year-old boy searches for the one thing that will enable him to win the affection of the girl of his dreams. To find it he must discover the story of the Lorax, the grumpy yet charming creature who fights to protect his world.

The March sisters live and grow in post-Civil War America.

Continuing the story of Max and his pet friends, following their secret lives after their owners leave them for work or school each day.

The further adventures in time and space of the alien adventurer known as the Doctor and their companions from planet Earth.

A tribe of cats called the Jellicles must decide yearly which one will ascend to the Heaviside Layer and come back to a new Jellicle life.

You will believe See more »

Rated PG for some rude and suggestive humor | See all certifications »

Jennifer Hudson and Sir Ian McKellen have both worked with Bill Condon. Hudson collaborated once with Condon in Dreamgirls (2006), for which she won an Academy Award for Best Actress in a Supporting Role for her performance as Effie White. McKellen has collaborated with Condon four times, in Gods and Monsters (1998) in which McKellen received a nomination for an Academy Award for Best Actor; Mr. Holmes (2015); and most recently as Cogsworth in Disney's Beauty and the Beast (2017), as well in The Good Liar (2019). See more »

Almost at the end, Judi Dentch's hand is visible due to a CGI mistake. See more »

Macavity: Now it is time to make the choice.
See more »

The film opens without any opening credits. The title of the film is stated just before the closing credits. See more »

An edited cut, with the use of Digital Cinema Package, will include improved VFX effects that will be downloaded onto a satellite server. Hard drives copies will be released at indie cinemas on Christmas Eve. See more »

Q: Is this film using live action, motion capture or animated?
Q: Is the cast singing live like it was in Les Miserables (2012)?
Q: Why did anyone think that this would be a good idea?
See more »

This movie reminds me of that scene from Jurassic Park where Jeff Goldblum says "You were so preoccupied with whether or not you could, you never bothered to ask if you should." This was hands down the most disturbingly awful movie I have ever seen. Whoever greenlit this should never be in charge of the light ever again. How dare they do this to me?!? Please don't go see this movie. And if you do, may God have mercy on your soul.